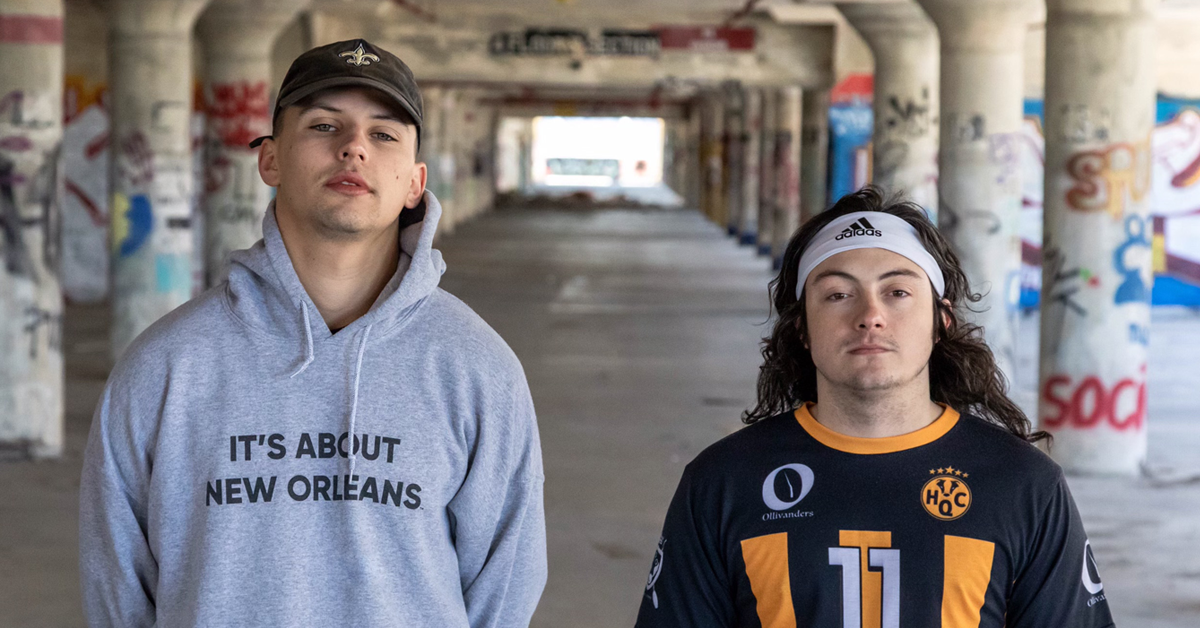 sfam is the intrepid New Orleans-based duo, co-captained by childhood friends Jacob Hoerner & Michael Pearson. DJing and producing together since 2014, they’ve patiently built their repertoire to establish themselves as rising stars in US bass music.

Their love for bass goes far beyond their high-energy sets at festivals such as BUKU and Beyond Wonderland. Studio productions, including self-released debut LP below sea level from March ’22 display range, depth, and a flair for the experimental. Their tracks have garnered support from tastemakers such as Liquid Stranger, CRAZE, Buku, and more. Collaborations include tracks with Dirt Monkey, Eazybaked, and Mersiv, with more on the horizon. They’ve also stepped up on remix duties for the likes of ATLiens, Boogie T., Wreckno, and UZ.

As the list of studio collaborators and DJ support continues to grow, there’s no doubt that this is a duo you’ll be seeing more of in the coming months and years. From new listeners, to the seasoned ears & discerning tastes of established DJs & producers, sfam brings you in and keeps you in eager anticipation of their next moves.